China Displays UFO At Airshow, Is This Their Answer To The TR3B?, UFO Sighting News. 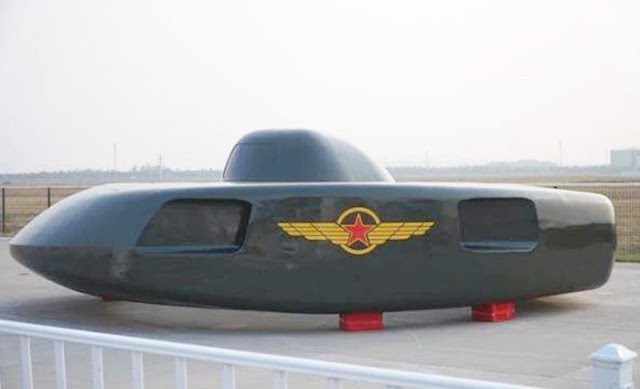 China has unveiled a new stealth helicopter that is in the shape of a UFO disk. The disk look very similar to a lot of UFOs seen around the world for decades, so it seems that China is taking its info for design directly from UFO reports. China is working hard at this airshow to reveal its newest aircraft in order to show off its military muscle. The disk is probably the generation 1 of its type, so China probably has a ten 10 or higher of this craft now…which means no more helicopter rotor, which was probably replaced by three actual alien craft anti propulsion generators. China is showing off its aircraft…but we all know its top secret craft are still being hidden from the public. Much like Americas TR3B secret military craft with alien propulsion systems installed…this kind of tech is capable of space travel at partial light speed.
Scott C. Waring-Taiwan

Donate with Paypal or credit card

Share the sightings           “The center of the galaxy is where END_OF_DOCUMENT_TOKEN_TO_BE_REPLACED

Share the sightings           A couple of nights ago I was END_OF_DOCUMENT_TOKEN_TO_BE_REPLACED

Share the sightings           Being a paranormal investigator brings some certain END_OF_DOCUMENT_TOKEN_TO_BE_REPLACED